Marchesini Group is one of the four largest worldwide manufacturers of automatic pharmaceutical and cosmetic packaging machines. It is based in Italy’s “Packaging Valley” in Emilia Romagna.

The company was founded in Pianoro, Italy, in 1974 by Massimo Marchesini and the Marchesini still control it. Turnover in 2019 was approximately €430 million (£390 million) and the company has 2,000 employees based in Italy and worldwide. To serve international markets, Marchesini Group avails of 35 agencies which, together with 14 foreign subsidiaries, represent the group in over 116 countries worldwide. 87% of the group’s turnover is generated by exports, with important peaks in Europe, China, the US and Latin America. 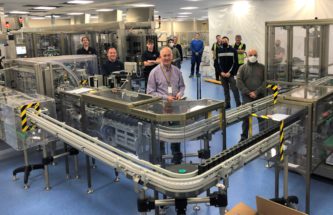